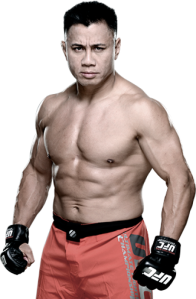 Cung Le is a man with quite the resume. A Vietnamese refugee, black belt level martial artist, father, actor, former champion in Kickboxing and MMA, and now we can add “human rights activist” to that list!

I had the chance to interview Mr. Le yesterday as we discussed a plethora of topics including: his professional achievements, past relationships, current protests over police brutality, and so forth. (Full interview with Cung Le can be found below in YouTube link)

Le also divulged his participation in a class action lawsuit against the UFC. Le, being a former champion in the Mixed Martial Arts promotion, Strikeforce ,  decided to further his career by signing on with the top MMA promotion, UFC (The Ultimate Fighting Championship.)

Le quickly found himself being unhappy with the company, which has been accused many times of violating anti-trust laws. Fighter pay, lack of individual negotiating power, unfair sponsorship deals, and other factors, lead Le to add his name onto a class action lawsuit involving a roster of other famous UFC fighters including Jon Fitch, who sought to bring fairness within the company. (Bloomberg article- UFC lawsuit)

Le himself admits in the interview that he was a bit apprehensive about pursuing such legal actions, as it could result in retaliation from the entertainment industry. Le’s faith in God and unwavering spirit told him it was the right thing to do, thus he ultimately decided to pursue the lawsuit which is still in pending status to this day, almost 5 years later after the initial filing.

Cung Le’s role in human rights go beyond his refugee status or his pursuit to bring fairness to fighters in the sport of MMA. Cung Le is now taking on the family law courts, in particular those in Boyd county Kentucky.

Le is no stranger to the family law courts and the unfairness that is present within that system.Cung Le has been married and divorced on two occasions. Both marriages resulting in children. Three boys in total.

Expensive legal fees, bias towards fathers, harsh child support laws, angry spouses, greedy lawyers, and corrupt departments are all ingredients of the family law courts according to Nalini-Global’s research and experience. Currently in the US, over 50% of children grow up in fatherless homes, including both white and black families, whereas laws like, Title 42 sec D of the Social Security Act, ensure that state departments will receive up to $1 from the federal government for every dollar they collect locally in child support payments.

Another element to family law corruption involves CPS (Child Protective Services). False allegations can cause parents to lose access and communication with their kids for months or even years at a time. Expensive and mandatory counseling sessions with the courts and hefty legal costs are typically the only ways to retrieve the children.

Native American families are at the highest risk for false CPS allegations. Que in, “Sunshine Spring Moose”, Cung Le’s newest romantic partner is of indigenous ancestry and a renowned fitness trainer who goes by the name “Spring” as the owner of Sunshine-Spring-Fitness.

Spring had her two children from a previous relationship taken from her by  CPS & Boyd county family law courts about 8 months ago. Spring joined in during the second half of my interview with Le, where she and Le both claim she is a victim of false allegations, possibly fabricated evidence and overall institutionalized corruption.

Spring makes the claim that Boyd county officials presented a drug test showing overwhelming amounts of Methamphetamine in Spring’s system, to which Ms.Spring claims that such a test was never personally administered to her and is fabricated evidence to possibly extort or harass her.

In the interview, Spring claims that a former client of hers, who shall remained un-named for legal purposes, was indeed busted for drug use in a separate legal incident whereas this person attempted to shift blame and make accusations of drug pushing towards her.

Le says that Sunshine-Spring is wonderful towards his own children and feels deeply concerned that all of this happening to his partner. As the interview continues,  both Le and Spring state that they have evidence that they are confident should prove their claims against Boyd county officials in Kentucky.

Due to Covid-19, future court cases are indefinitely postponed, while in the meantime, Ms.Sunshine-Spring says she has been largely cut off from her children in terms of contact and is anxious to get back to her children.

Le, says that his warrior spirit from his martial arts training and his faith in God won’t allow him to sit idle and intends to continue reaching out to various organizations until a full investigation can be conducted to clear this issue.

I tried to call Boyd County’s Department of CPS at (606) 920-2032, and identified myself as an independent journalist looking for any comments regarding this case from the department whereas I was told a supervisor would potentially call me back for comment, yet no response thus far.

In the full length interview, more details are given which you can see in the link provided earlier in this article and make up your own mind. Regardless of the outcome of this case, we can all agree that the tentacles of the the family law courts are long, complicated, and murky. It’s a system that sometimes helps yet often hurts.

When the government attempts to interject itself into family matters, the end results are rarely good. Regardless,  many argue that CPS is a necessary evil as it has also saved the lives of many children by removing them from dangerous homes.

Cung Le and Sunshine Spring,  assure me that is not the case with them in this situation and intend to fight to the bitter end or until justice can be served for them.

For references please see contact and media links below:

Randell Stroud is the owner of Nalini-Global, a paralegal, investigator, boxing coach, activist, politician, and author of “Global Human Trafficking in the Family Law Courts” available on amazon.com. Stroud has also worked with other renowned family law activists like “Kenya Rahmaan”, Army vet, and  owner of the Child support Hustle non-profit, who has spent years of her life exposing the corruption in family law systems. —-