The picture above was taken of me back in October of 2017, addressing the city council of Nashville in regards to gentrification and lack of jobs. Law makers hung onto my words very carefully as I approached the stand to make my testimony heard.

I have had many instances like this in my life. In fact, I have even managed to get a corrupt politician fired for fraud, county clerk John Arriola, who was extorting citizens out of their money. I stood outside of his office with a sign stating, “Arrest Arriola!”. The local news covered my story. Eventually I reached out to prosecutors who brought him to court and forced his resignation.

I’ve worked with “Home-street Home Ministries to feed the homeless in my community and sent letters to CSX, a local train yard where the homeless were sleeping, asking CSX to allow them to set up camp there so long as they do not cause harm.

I had the pleasure of speaking with Ben Wizner, in regards to Edward Snowden’s possible return to the United States. We discuss strategies to minimize the police state and to operate safely online without arousing unwanted attention. 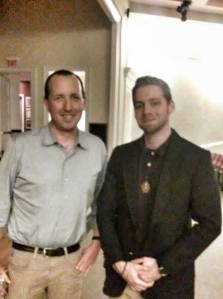 (Ben Wizner and myself at a Convention on protecting Civil Liberties)

I submitted a 54 page report to the United Nations, detailing the need for international family law reform and recognition of discrimination against the Male-Gender in certain areas of our socio-economic systems.  Part of the report was published in my manuscript available at Amazon.com, see ” Global Human Trafficking In The Family Law Courts.” 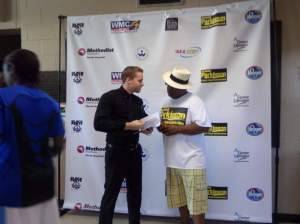 (Me giving a copy of my UN report to Tennessee law maker, Antonio Parkinson at a Town-hall meeting who eventually got a law passed reducing interest amounts on owed back child-support)

I’ve submitted several reports the International Drug Scheduling Convention, held annually, regarding the legalization of Marijuana and protection of CBD products.  The report can found on this website under the “Reports sections”.

I could go on and on with things that I have been involved in regarding social and legal reforms. This article is not designed to “toot my own horn”.  It is to display the difference between “slacktivism” and “activism”.

Slacktivists spend alot of time tweeting, making Facebook memes, and engaging in hours of online debates with their 50 or so followers. The “like”, “share”, and engage in online “flame-wars”, whereas at the end of the day, they can lay in their beds and say, “I fought for freedom today!”.

It truly is a “slacker” approach.  Behind a computer screen, one’s bravery increases quite a bit. The solution to everything is, “It’s the government’s fault”,  or “Religion made him do it”.  Slacktivists are really great at complaining and raising awareness for an issue, but they don’t really “do” anything.

Don’t get me wrong, I think using technology as a way to raise awareness is great! Create your Facebook fan page, make youtube videos, continue to use media platforms to reach an audience, but you must also combine it with REAL physical actions.  According to “slacktivists”, Martin Luther King Jr didn’t need to go to jail or protest to win equal rights for his people, if he had Facebook back then, he could have just made a “meme” about Jim Crow laws and the problem would have been solved! (insert sarcasm here).

I understand that many of us work a full-time job, some of us even work two jobs while trying to operate a “side-hussle”, but it’s no excuse, many events are held on nights or weekends, or you could occasionally take a day off., write a letter, invent something, do something! Continue to like, share, and post your opinions online to raise awareness, but, make conscious efforts to take physical actions towards your activism. Additionally, come up with practical solutions to the problems you care about. Simply saying, “Taxation is Theft”, or “End Climate Change now”, may raise a discussion, but it doesn’t present any real solutions to the problems you are raising.

A Libertarian might say, “Taxation is Theft”, but what plans does he have towards making taxation unnecessary?  Is he going to invent a new technology that replaces police forces, is he going to start his own road building service? Is he going to run for office and pass a new law that lowers or eliminates taxes? —probably not, he will probably just continue to post memes about how “messed up” , the government is while offering no real “positive” solutions on how to actually fix it or replace it with something else.

Getting angry about a problem is a normal reaction. However, the next phase is to seek out viable solutions to that problem.  You can scream out, “End Climate Change”, or “Taxation is Theft” until the cows come home, but it doesn’t really do anything. Even if you get people to agree with you, eventually, they are going to want a solution from you. Malcolm X, Martin Luther King Jr, William Lloyd Garrison, Frederick Douglas, Harriet Tubman, Rosa Parks, these people never shared, liked, or posted anything on Facebook, yet they changed the world permanently with their actions!

In conclusion, we must combine the new age with the traditional. Use your technology to expand your ideas in order to reach a larger audience, but be prepared to back up your ideas with progressive physical action and demonstrable solutions.